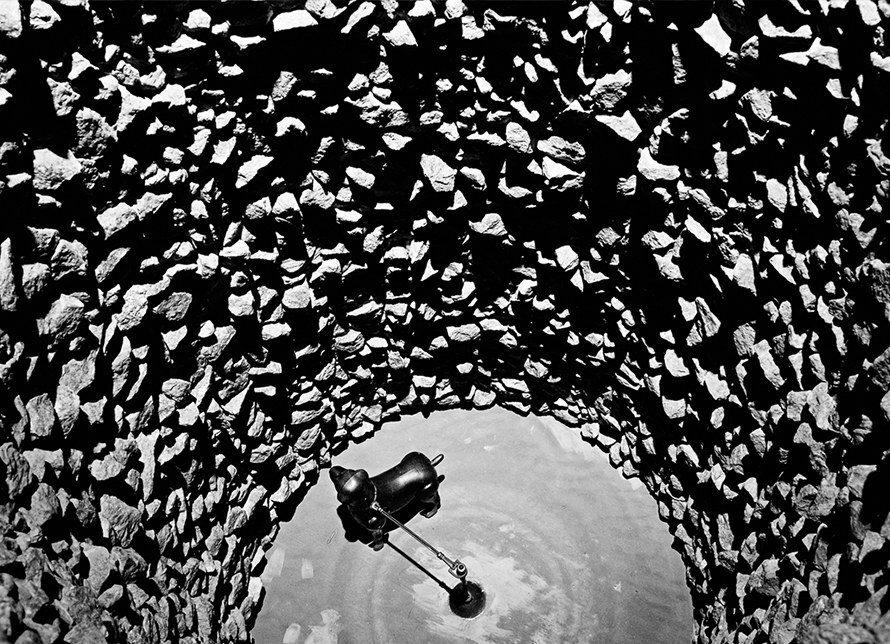 “At times we are scissors, at times pliers”

“Comedy is someone in trouble”, according to Jerry Lewis’s definition, a thought, rich in meanings, that happily coincides with a good deal of what stimulates us as observers in the tensions of life. Whatever the terrain explored by the artist, his or her capacity for perceiving this state of “trouble” with a refreshing astonishment is the essential raw material of the expression, a sense of desire(d tension) that both afflicts and stimulates us. Such an element clearly nourishes the work of Juliana Notari, an artist who incorporates the state of “trouble” which we are all in, herself included, it would seem.
Juliana Notari does not seem to have any problem with exposing her point of view from within her body and from the top of her head. This gives her work a palpably personal character that stands out in the artistic universe in general (under the various genres “cinema”, “literature”, “music”, “fine arts”) marked by tendencies to imitate, by the desired visual impact like an expression of pure and simple scenic effect.
A close view/review of what she has created takes us to a work which, beyond the aesthetic experience per se, contains above all a state of mind to be shared. States of mind have the peculiarity of being unique, fruits of an individual’s private world and of how he or she relates to environments.
In the first place, the negotiation of this liberty of offering the world what Juliana feels and what she resents as an artist and human being draws our attention. This in an era in which to offer the world what the anonymous feel has become the hallmark of excesses in the present media-crazed – and largely forgettable – age.
Juliana’s manipulation and original use of personal elements suggest the cutting of a rope of isolation which naturally separates the observer from the artist.
The bedroom and bed of a failed amorous relationship, for instance, may show us a pathway of art applied to the fuzzy paintwork of feelings. Ironically, the predominant colour is white, with the highlighting of an artificial element of sexuality that suggests the dubbing of the masculine ideal desired at the brink of a feminist cynicism.
The body as a physical and emotional interface of the world seems to have, in that room, an organic extension. Juliana also gives us objects that make our intimacy more human(e), here with the heart, there with a sexual desire, anger or simple disdain. At times we are scissors, at times pliers. In other situations, we merely observe who they are and what they are able to do with our skin.
A discreet reference to whatever the film Trouble Everyday (1999), by Claire Denis, is, in the form of a scribbled note, may perhaps reveal affinities with the element skin as an amorous covering always about to be torn or record who we are, what we do, what we eat and when.
The concept of a family that dines together in a videoed extension of the entire world would seem to suggest a strong traditional root, with a real generosity in relation to the external world. In reality, Juliana Notari’s work brings a healthy amount of contradictions, a clear indication of how human feelings flow with tremendous nonchalance.
This generosity with the world, this capacity for establishing a state of mind appears with particular clarity in a recent piece, Redentorno. This work suggests the representation of an impasse.
The notion of (mechanized) life expectancy was already part of the pop culture through publicity with the Duracell Bunnies of the 80, little rabbits that demonstrated tremendous longevity due to alcaline batteries, winning the competion with (artificial) energy for life.
In Redentorno, the concept is taken further. A mechanical dog, tied to a post by its lead, moves round a circular cul-de-sac. He gets nowhere, a suitable, sensation for a mechanized object that simulates organic forms and whose design tries to rob us of some compassion for the unfortunate little fake dog.
The observer’s association is clear and disturbing. At some moment of life and of our troubles, be they gracious or otherwise, we give in to social mechanics and we feel caught, without an escape route. It is the sharing of an atmosphere that is recharged and organic.