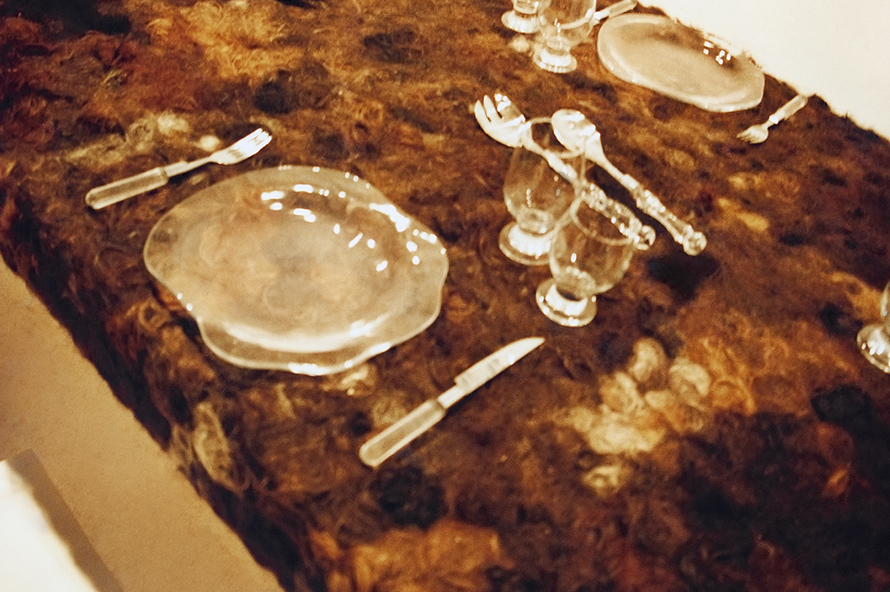 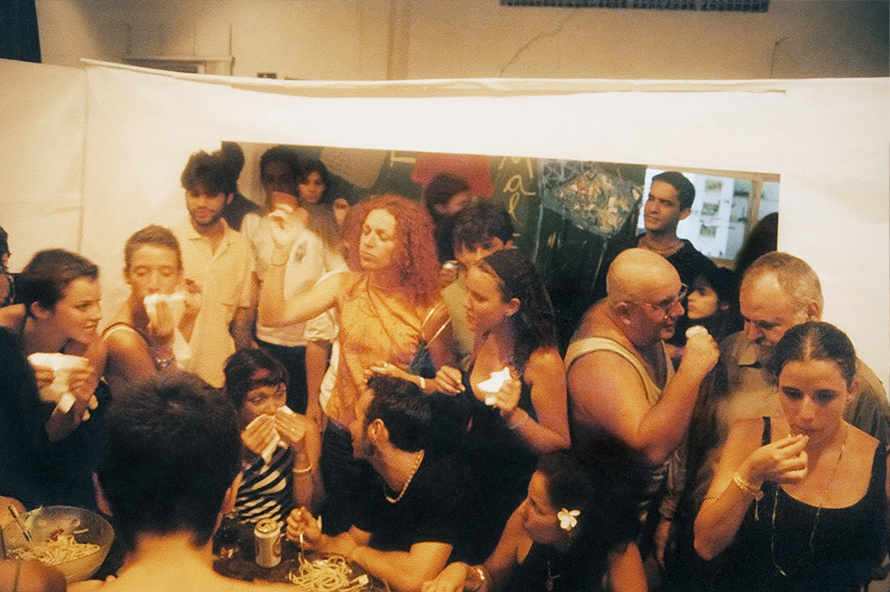 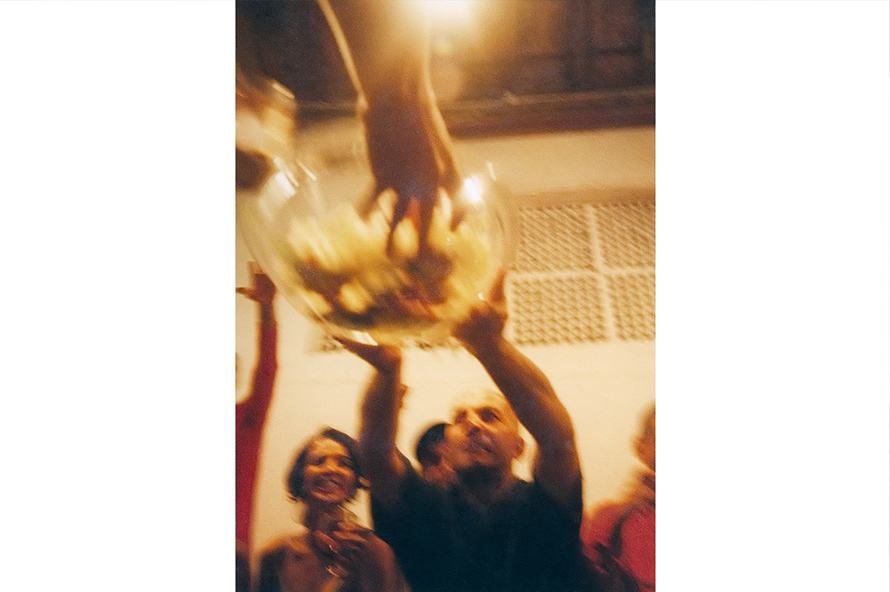 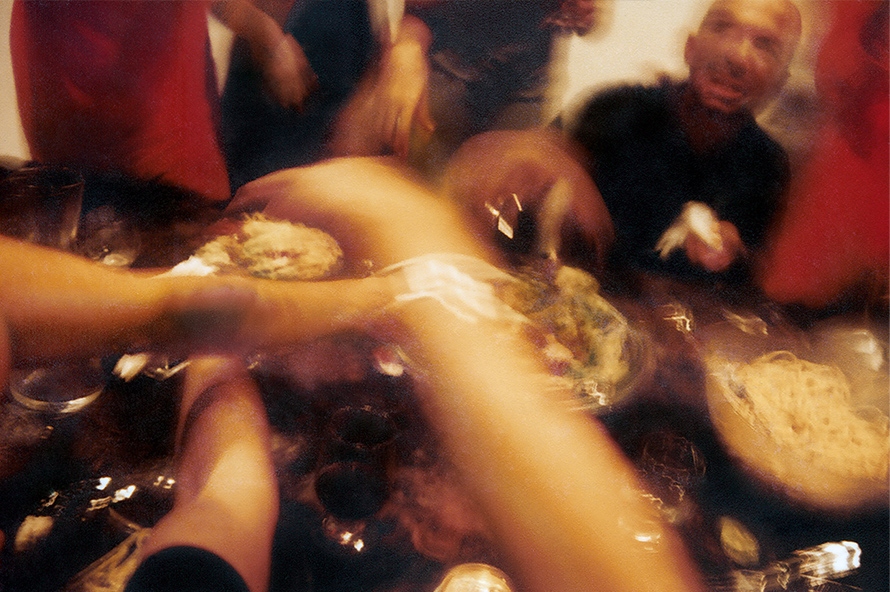 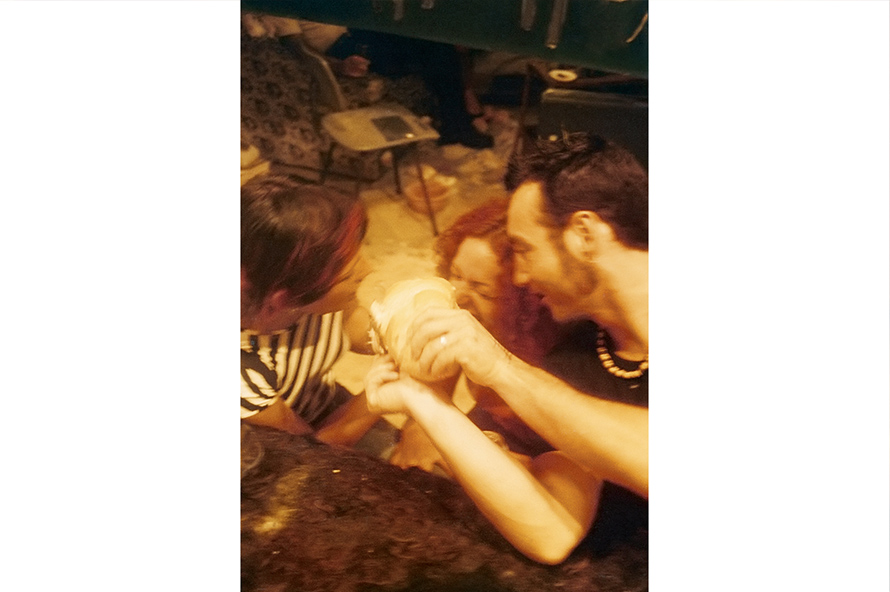 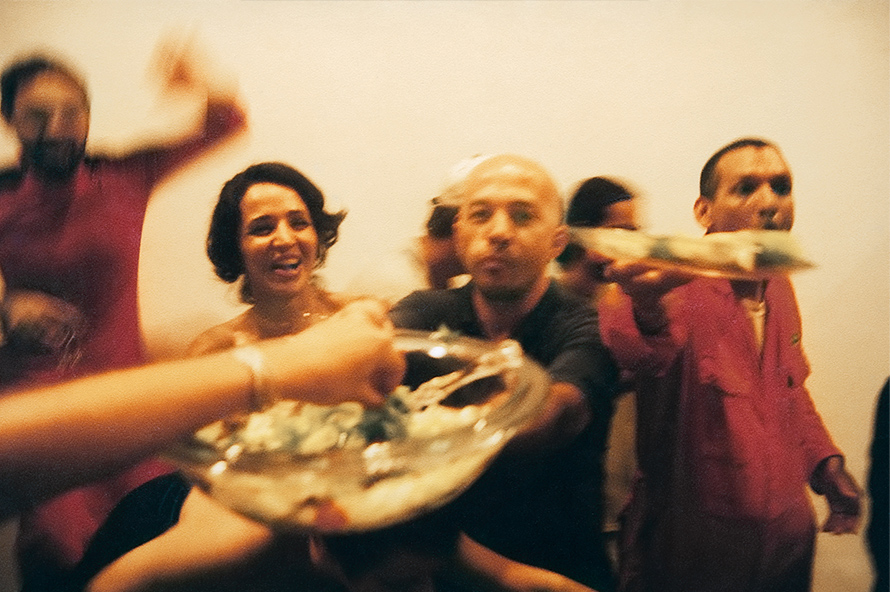 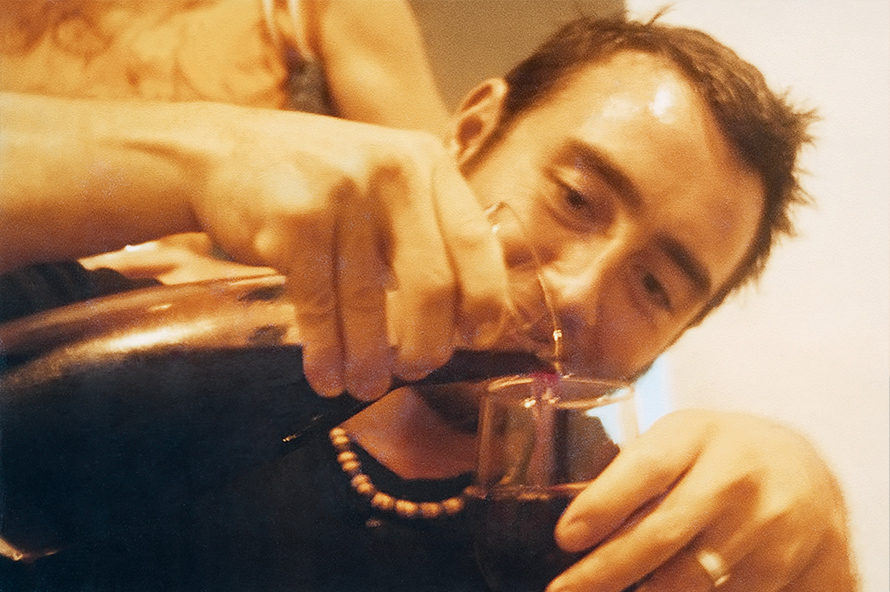 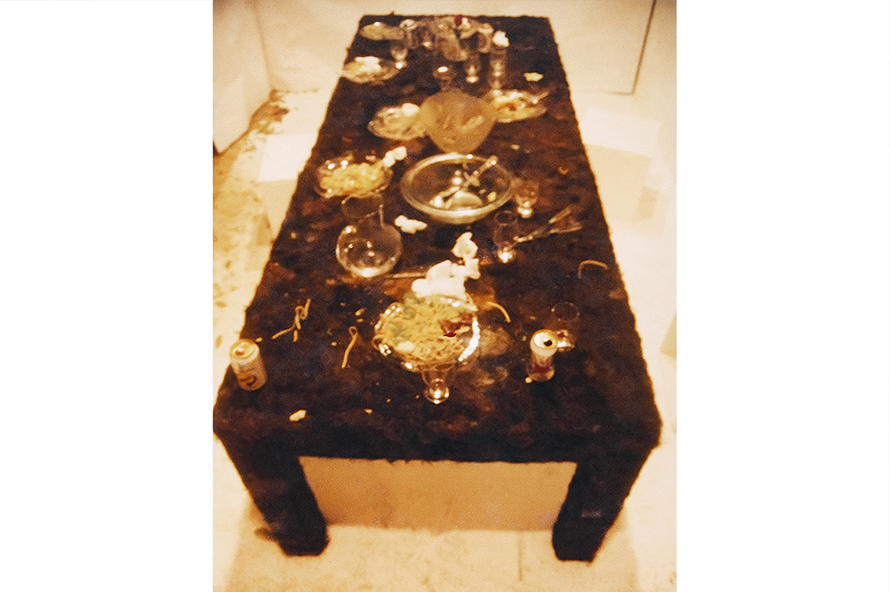 The artist cooks in public during a couple of hours, preparing a meal. The dinner is served with luxury, according to ceremonial conventions, on a table covered by human hair. Without restrictions, the audience is invited to the dinner, which gradually strays from the formality, sharing more and more resemblances with a ritual/orgy.