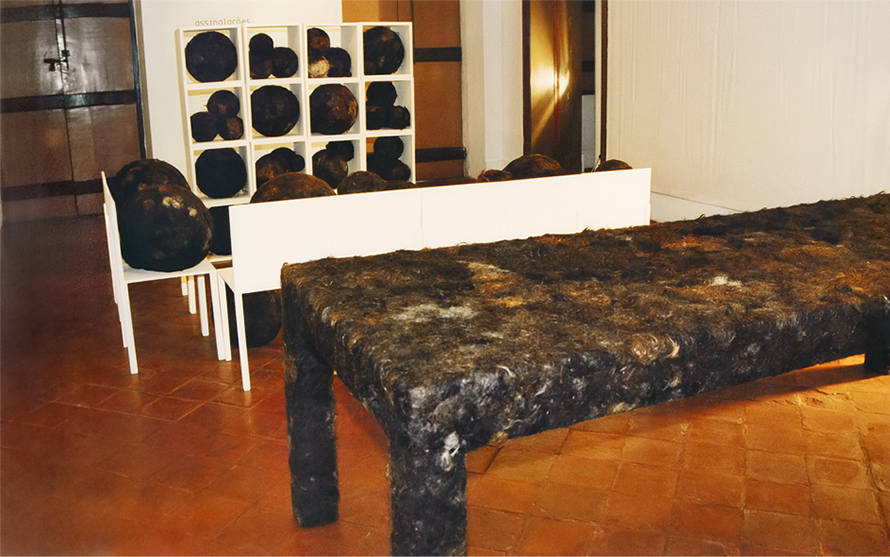 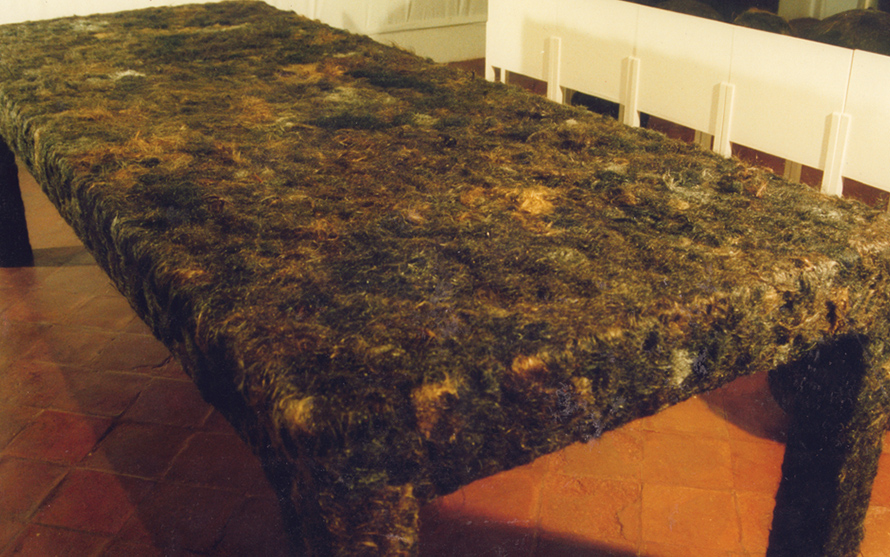 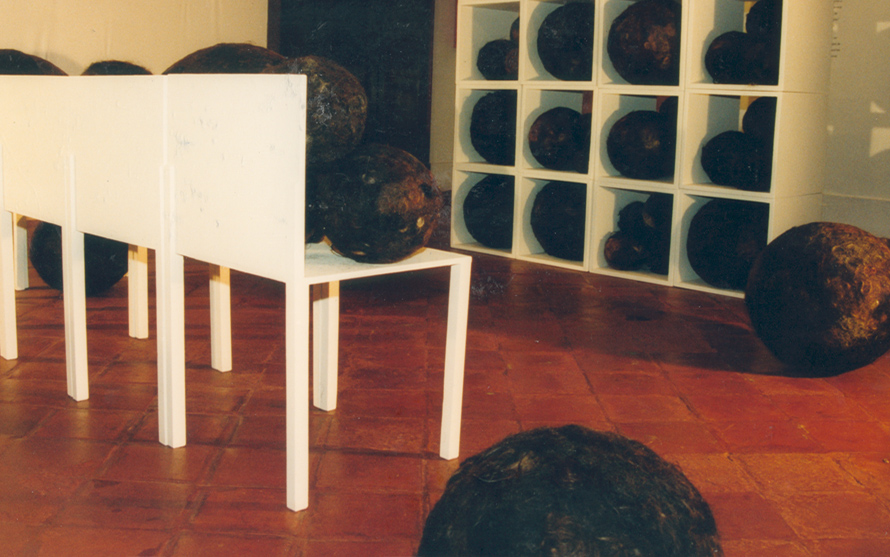 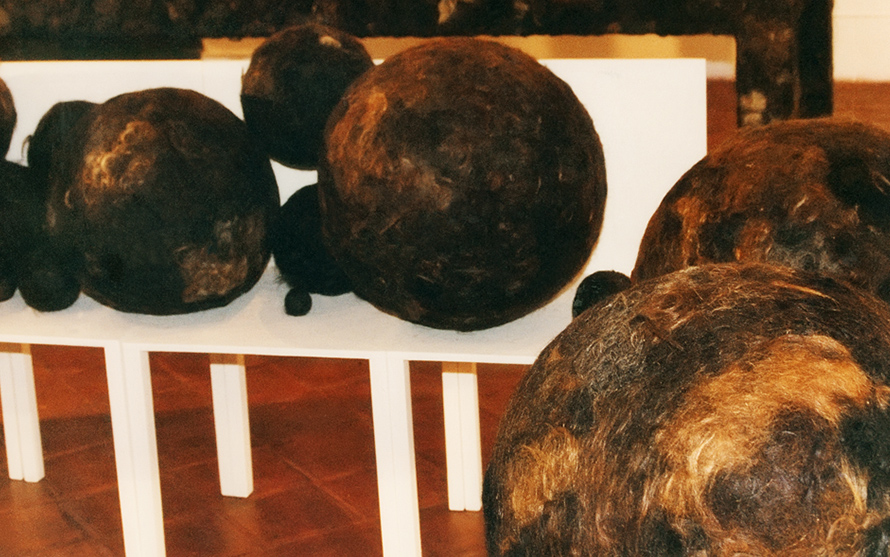 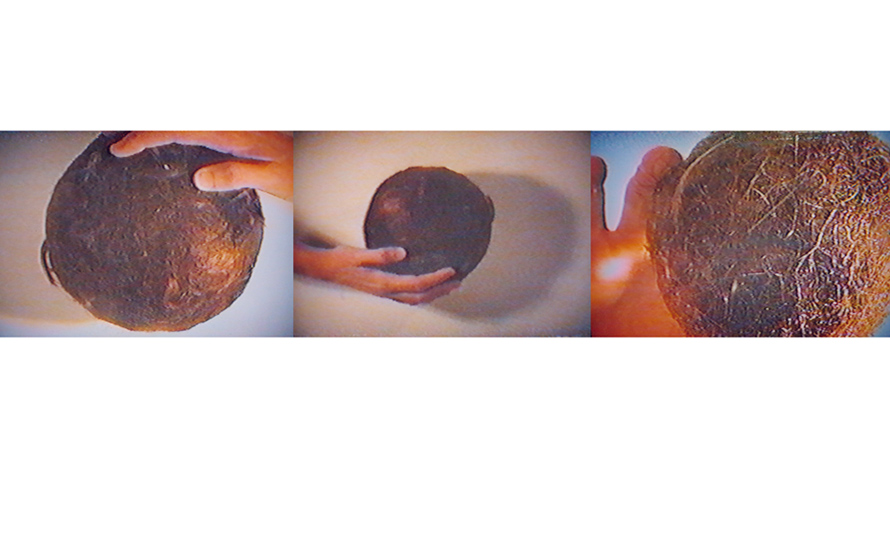 An environment composed by furniture of orthogonal lines features, crossed by the presence of human hair. In one corner, hair balls sit over chairs and white cubes; in another, a table is covered with hair locks of different colors and textures. This clash between organic traces—human hair separated from the body, which is its natural context—and a certain functional rationality is also represented in the video being projected, in which hair balls aggressively and relentlessly collide against the spectator’s look. The audience then becomes the target of a violent pulse of action, being at the same time within and far from it through the projection screen—a protection that slowly reveals itself as the impacts cause a viscous substance to come out of the hair balls to blur the image.