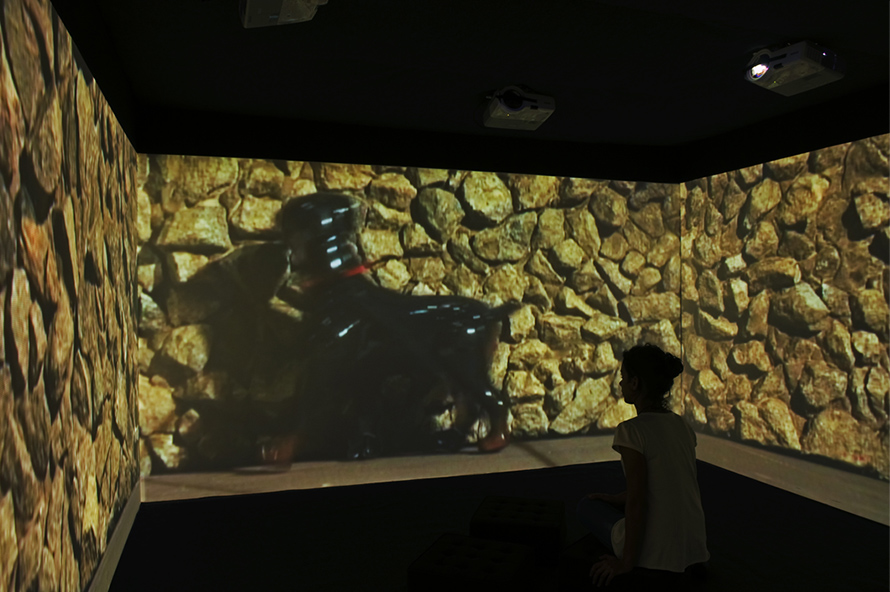 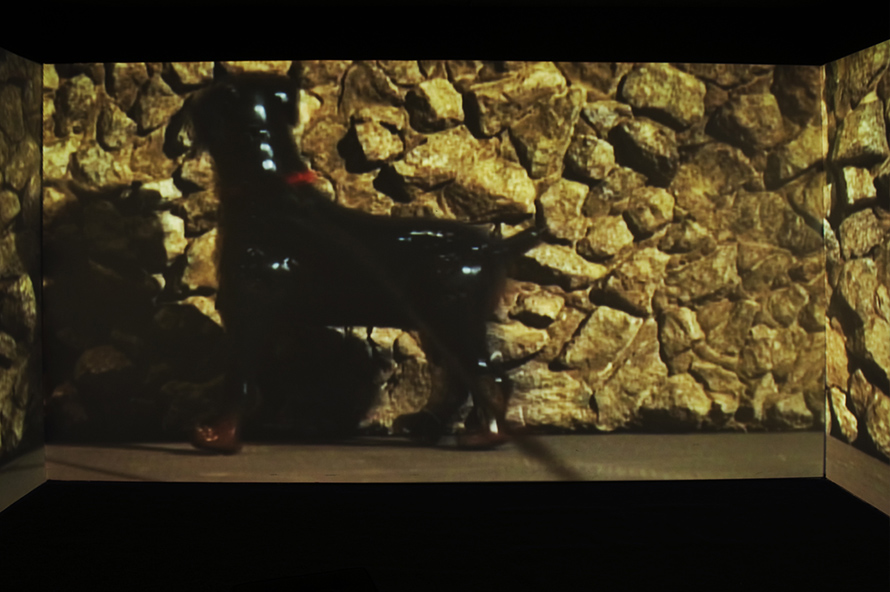 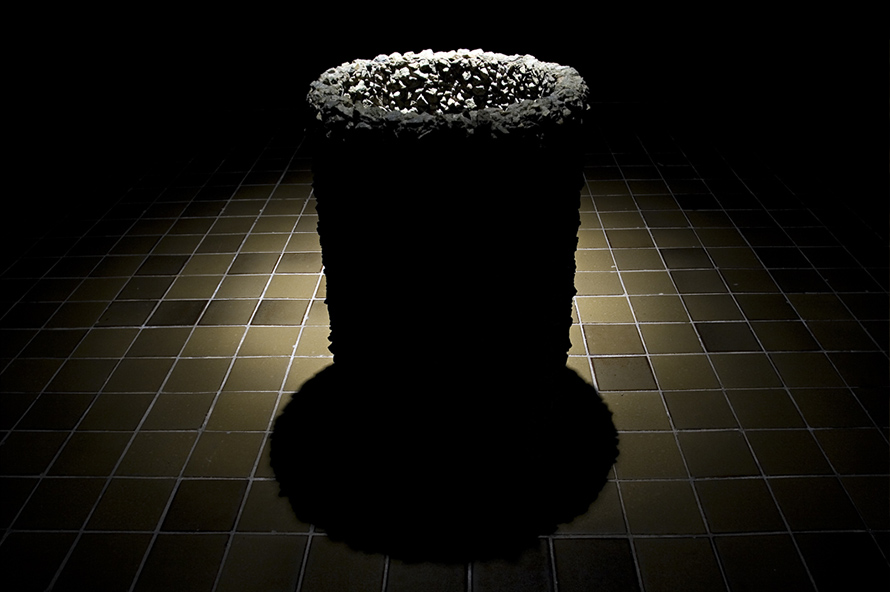 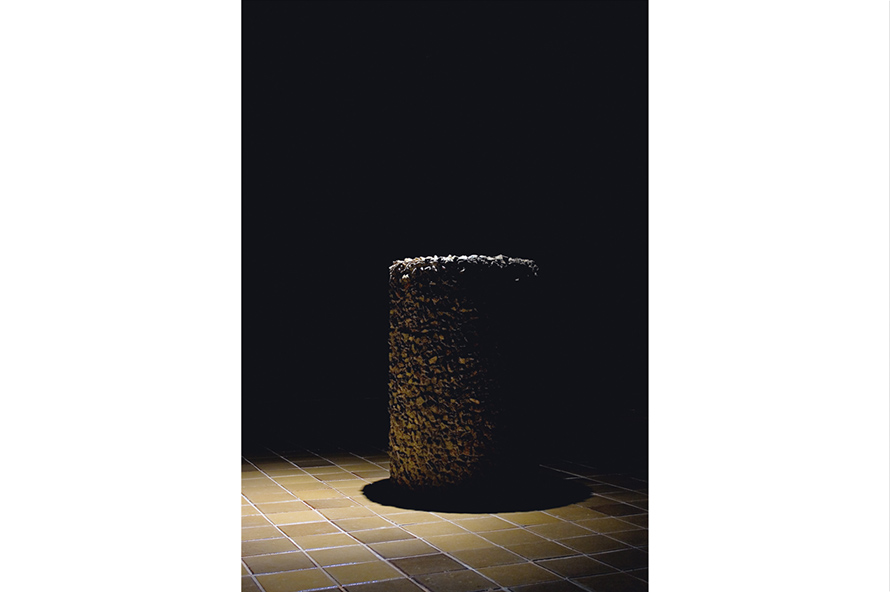 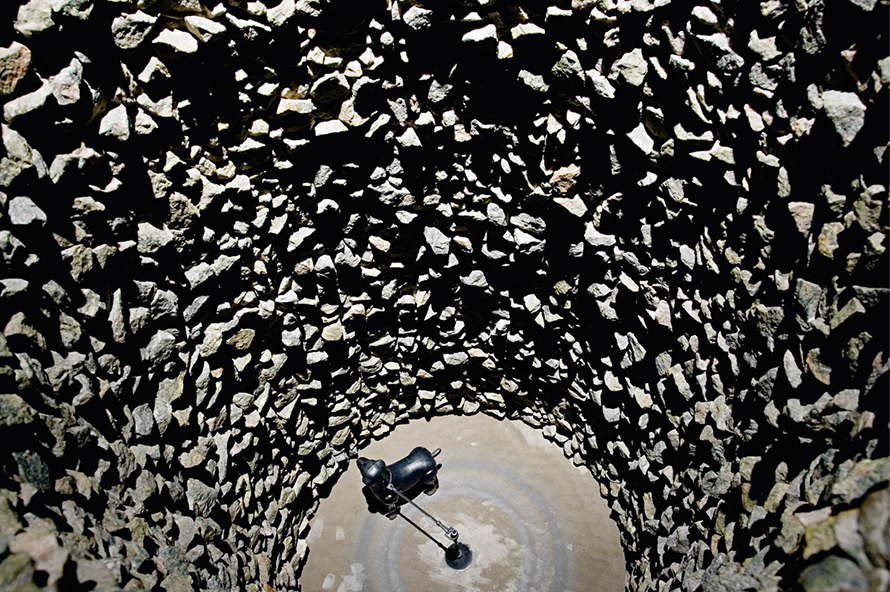 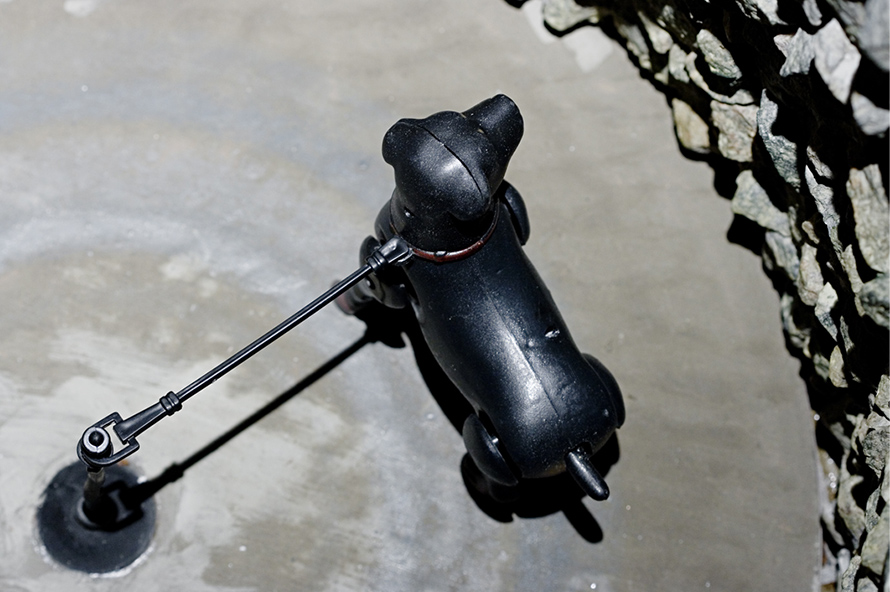 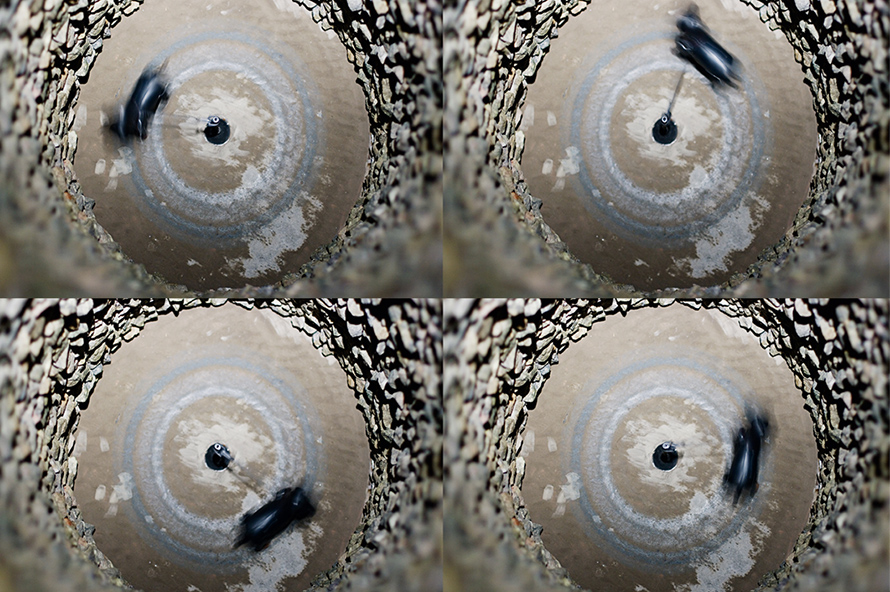 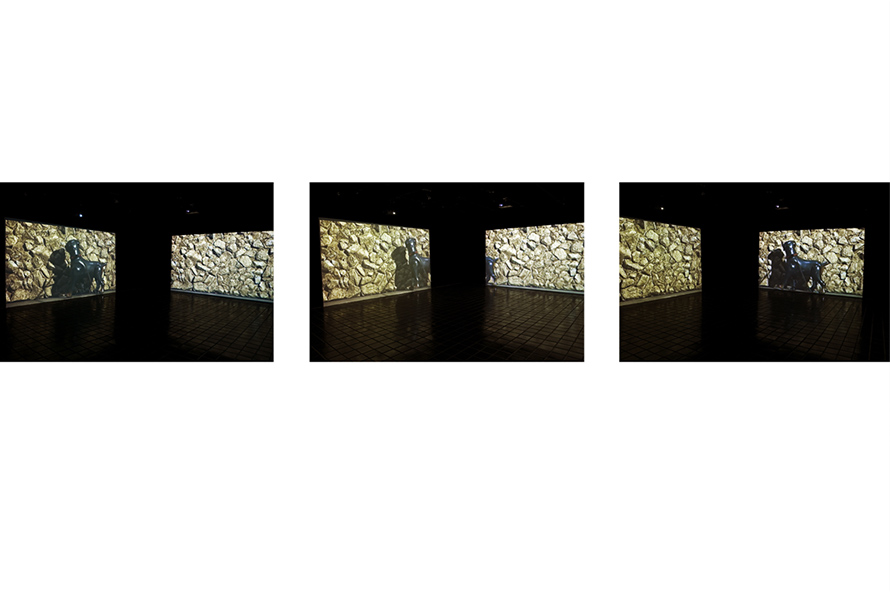 Inside a stone well, there is a toy—a plastic dog strapped to a pole, circling nonstop around it. In a room right next to the well, the same situation is staged in human scale: the image of the dog passes on the four walls, circling around an axis that is not the pole anymore, but the spectators themselves, which are located at the center of the installation room. With a repetitive sound, caused by the friction of the dog’s plastic paws with the bottom of the well, the action goes on as long as the toy’s batteries last, then immediately restarts, unceasingly.