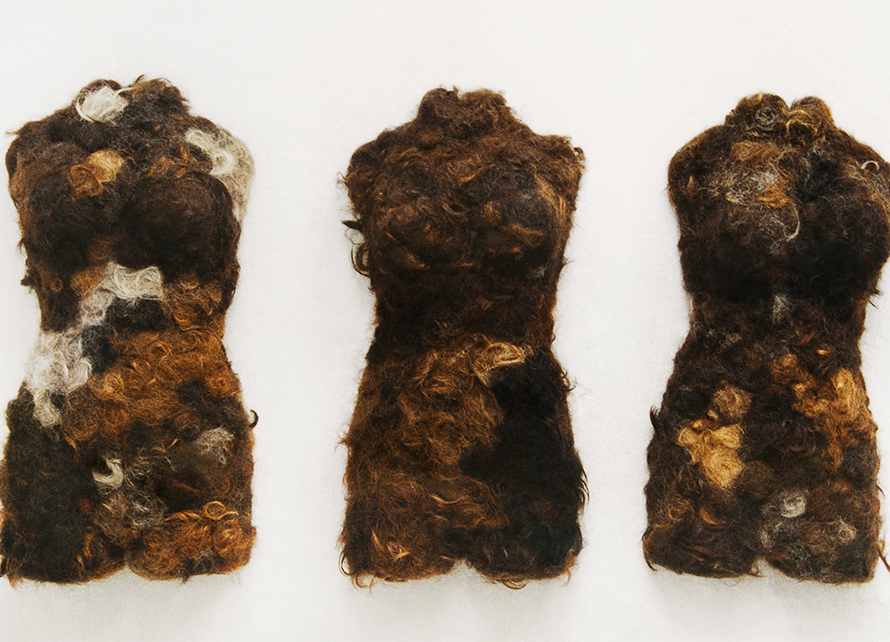 The contrast between the idealized female body—a mannequin, an aseptic version of such body deprived of its subjectiveness—and its contamination by human hair, which is the opposite of the humanization process that usually involves hair control, makes allusion to the clash between nature and culture, female and male, discipline and freedom.