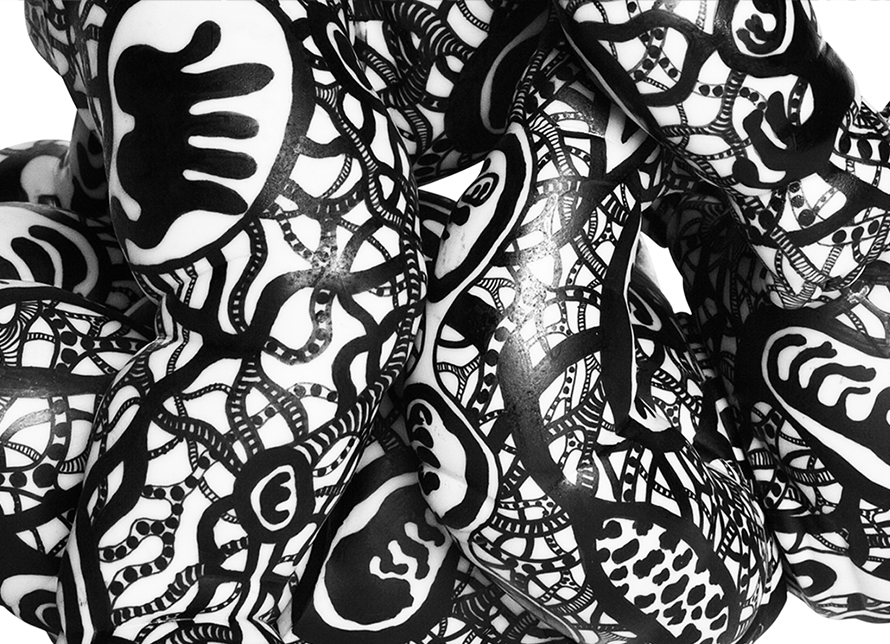 The path covered between the moments that separate the works can be understood as a silent production that culminates in the creation of another object. Walking through the imaginary boundaries of the instants that stand between one work and another can be as captivating as the walk among the finished works themselves. In those moments—so crucial to the creation process—, an unrest arises over the validity and legitimacy of the signs and the language itself, which have been influenced for so long by the logic of representation that was dominant for centuries, from the Renaissance to the late 19th century. The classic logic of representation, in which the forms of representation would legitimate themselves in the expression of a natural structure, later incorporates a concept of spiritual construction, allowing artists to pursue new forms of construction and to obtain legitimacy from themselves. However, such apparent subject-centered model is shaken by the very progress of the different fields of knowledge, from natural sciences to humanities. These studies again consider man as a biopsychosocial being, subject to several complex factors. Psychoanalysis, Marxist theories, studies in language universe, studies about changes in the concept of subject throughout history, etc., all contribute to de-center the subject. Naturally such questions are not consciously taken into account during the creation process of some artists, but they are present in the symbolic universe of every human being, although sometimes unconsciously. It cannot be ignored, however, that certain artists intentionally devote themselves to the literary diversity concerning the different perspectives of this “post-modern” issue. The work of Juliana Notari belongs in such perspectives. She walks by unknown territories and, in that course, we can see inevitable mixture of multiple theoretical references—psychoanalytic, linguistic, biological, philosophical, etc.—that pervades her work as a whole, not arbitrarily forced upon the works afterwards, but present from their very origins to their most diverse unfolding. The work of Juliana Notari, among others, of course, ponders about those urgent, contemporary questions. This can be seen in the investigation of the formal and conceptual properties of the spoken and the written word and her close contact with the plastic language; in the use of signs that allude to the human body from a psychoanalytic perspective; in the attempt of exceeding the commonplace to create unfamiliarity; in the non-linear and non-sense construction; in the analysis of the (im)possibilities and limitations of language in its effort to communicate… Hence, we have to point out that the dimension of Juliana’s works is much less in the (de)construction of the theoretical and philosophical matrixes that consolidate them than in the complexity of relations created by those who “experience” them.