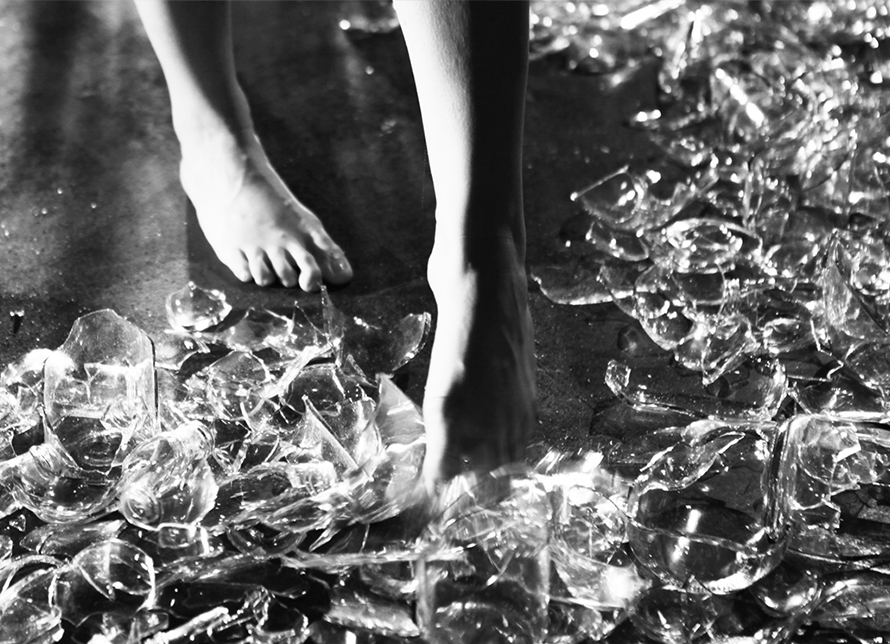 It was one of those Recife’s sunny afternoons with clear skies. There she was stopped at the traffic light (inside her old sky blue Fiat Uno—which was actually good in that dangerous city, where it was better not to draw attention from the robbers). Beautiful, young, lily-white, and a complexion that revealed middle class upbringing. Not even that day’s unbearable heat convinced her to open the car windows, and it did not have air-conditioning. In spite of being within her wheeled wrapping, she did not feel fully protected and her face exhaled the smell of fear. At that time, Recife had been elected the world’s fourth worst city to live in (in spite of being culturally wealthy with the full-blown manguebeat musical movement) and, therefore, extremely violent. The poor girl already had six robberies in her record, all committed by outcast young boys carrying firearms, stalking at the traffic lights, waiting for the lady in the blue Fiat to stop. The heat went up aggressively, and she thought: if they are going to rob me again, they will have a gun, and I will have to open the window anyway. Let the air come in, then! Air and hand with glass! She had just opened the window about four fingers wide, and a hand came into the car and put a glass shard on her neck. She could feel the glass temperature as the voice commanded: “Give me everything, purse, wallet, everything, or I’ll cut you up!” And there goes the seventh wallet. She was not cut up, no. Just a scratch.

To think about what drives the production of an artistic work is an exercise complex enough and, like any good analysis session, can be painful too. My experience as an artist makes me think like that, because what urges me to create my works is the possibility of giving shape to my drives and desires, which, from the moment they come out to the world, allow me to get in touch with myself and the other. To be able to give shape to such drives is the possibility of creating meanings that, in the struggle between the artwork (from its very creation process) and the world, generate previously non-existing forces, capable of providing access to places that could not be reached before. That is how art acts upon me and the world mutually, creating possibilities through that which not always have place in the world of possibilities given a priori: the drives and the desires of an individual.

Obviously, the girl in the blue Fiat is me, and going through that experience was the spark that gave birth to the performance Symbebekos. There are certainly other reasons, but I do not know exactly. It was 2001, and I was studying Plastic Arts at the Federal University of Pernambuco. Particularly, I had already been living a very strained relation with the city, close to a panic disorder. The terror of being robbed made me live in a state of constant stress, and the fear of being afraid was even worse: as a human animal, I believe that fear has a smell. Exhaling such smell, I became an easy prey in the city.

At the time, I had to make a practical presentation required by one of the courses and, as usual, I left it to the last moment. Even today, pressure is one of my best productive motors, because I have been raised “excessively” free—I went to alternative schools, where the student’s freedom was essential, and my parents have always been much more liberal than my friends’. I envied the ones who had more authoritarian parents. Somehow I had some conscience that all that freedom was not good for me, that, as opposed to my brother, I did not have natural self-discipline. I felt unrestrained and asked my parents to send me to a Catholic school, where I could find more discipline. I never got what I asked and remained loose (and, for that reason, having problems in school). In that sense, I identify myself with Louise Bourgeois when she says: “I like tight places, for that is the only way for me to be conscious of my limits.”

Talking about feelings of freedom and limits is crucial for understanding this work, for I see in it an exercise of a pursuit for limits through the body.

Among my works, I consider Symbebekos to be one of the most powerful and also representative, since it summarizes my leitmotiv—regardless of the methods employed—, which is essentially the search for what is inherent to the human condition.

I believe that its force is mostly derived from fear, a feeling that is present ever since the work’s conception and passes through the whole process, from the arranging of the glass shards on the path to the very act of walking through them, the visible part of the performance.

Fear is probably the most ancient and crude of the human feelings. Without it, the human species would have perished. By accompanying man from his early beginnings, it helped us in the civilizing process not only towards progress, but also to destruction.

When we come across a situation that cause us fear, we are naturally bound to running away, but that escape, differently from what it might suggest, is not a passive attitude, but an active one, through which we resort to our potentialities to overcome a dangerous situation and, by doing so, to protect ourselves. However, in general, such behavior may have different outcomes. While, on one hand, we avoid suffering any harm and save ourselves, on the other hand it prevents us from experiencing conflicts that might take us to situations in which we could expand our experimental repertoire.

I believe that one of art’s main purposes is the possibility of activating the field of conflict without which, as Mário Pedrosa puts it, the “experimental exercise of freedom” would not be possible.

Therefore, I believe that the death drive takes part, also as a germinant force, in the field of intensities activated by this work. I think, as opposed to what has been established by traditional psychoanalysis regarding the idea of sublimation, that art is not a way for soothing desires nor, not in the least, the death drive. With its own invention potential, art manages to re-signify such forces without wanting to soothe them.

In that sense, I do not sublimate my fear (of robbery) in this work—much on the contrary, I try to intensify it by risking myself. It does not matter whether my fear will pass or not, for I do not think of this work (and art in general) as a therapeutic device nor I have the intention of mutilating myself or sacrificing my blood in the name of art—as for some decades now artists affiliated with the body art have been doing. Here is just the opposite: to patiently escape from danger, carefully driving the threat of pain away. The focus is on the risk and the persistence of not easily yielding to it (the equivalent to going around the path), challenging what has emerged as an obstacle, creating possibilities where they did not seem to exist.

Finally, at the moment of giving the work a title—a process that most of the times is hard for me, because I do not wish to narrow its field of interpretation, and that is why I come up or choose words unfamiliar to the Brazilian context—, chance has granted me a gift.

When I chose the word symbebekos for title, I did not have the slightest idea of its meaning, what draw my attention was the sound of it. Afterwards, I learned that it was a concept by Aristotle that means “the notion of accidental cause”. A notion that is the very essence of this performance: pure chance.